A magazine-style dispenser is manually loaded up on the back side of the machine. Pistons work to pull four metal stampings from the bottom of the magazine for the robot to pick up. This particular mold has eight cavities requiring eight stampings, so the end of arm tool picks up the first four stampings, spins around while waiting for the next round to release, then picks up the next four.

The robot will load your inserts into the cavities of your mold tool, which is built into a turntable alongside seven identical molds. As the table indexes to the next set of mold cavities, the robot goes back to pick up more inserts. Opposite the robot is the injection mold machine, which injects the plastic into your tool around the insert.

Once the turntable makes a full cycle back to the robot, the robot retrieves the gated set of parts and presents it to a vision system that will check the quality of the parts. If the vision system detects a quality issue, it will dump the set of parts into the reject bin. If not, the end of arm tool delivers the parts to a gate trimming station which can trim off eight gates at once, dropping the finished parts into bins.

This particular injection mold tending cell is capable of completing one cycle every 15 seconds, or roughly 32 parts per minute.

It features one Fanuc Robot, a Cognex vision system, Keyence sensors and safety switches, SMC and PHD pneumatic cylinders and thrusters, Allen Bradley PLC/HMI, and valves and guarding were supplied by Youngblood Automation. 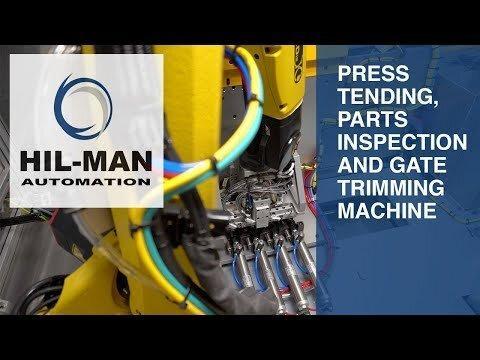 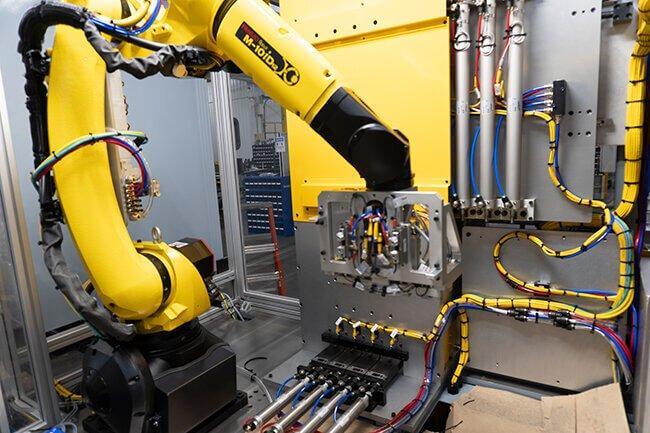 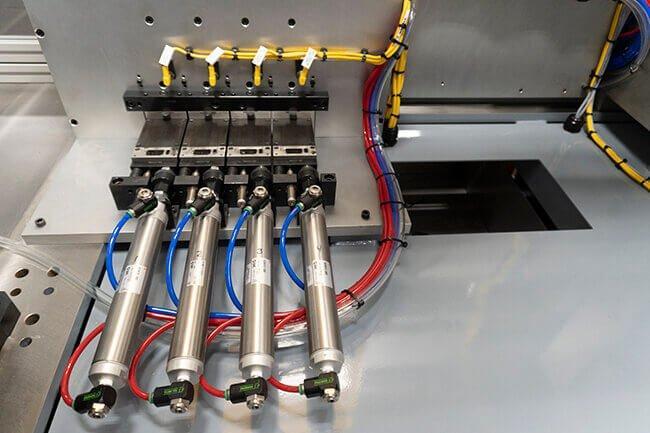 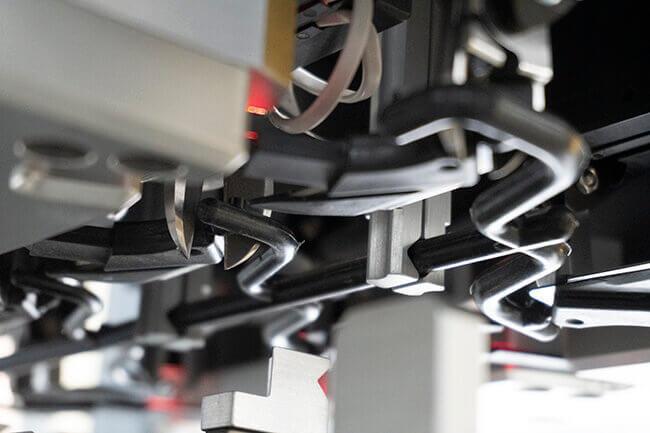 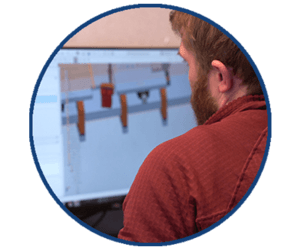 WE DESIGN SYSTEMS TO MEET YOUR NEEDS

Send us your specs and we’ll get back to you within 1 business day to discuss your project goals and objectives.